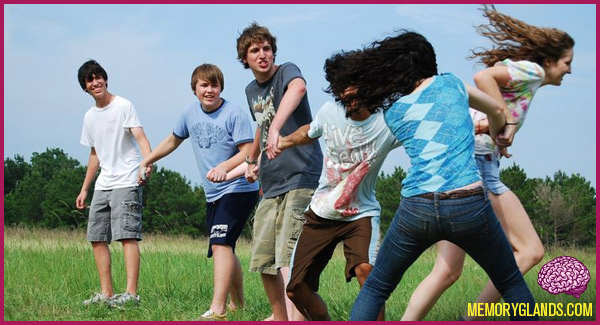 Red Rover (also known as Forcing the City Gates and Octopus Tag) is an outdoor game played primarily by children on playgrounds. This 19th century children’s group game (requiring around 10 or more players total) is thought to have originated in Britain and then spread to Australia, Canada and the United States.

Røver is a Norwegian word for “pirate”, so perhaps the early British were showing bravery by daring the Viking raiders to “come over”. The 1829 book titled “The Red Rover: A Tale” by James Fenimore Cooper describes the exploits of a pirate called “Red Rover”.