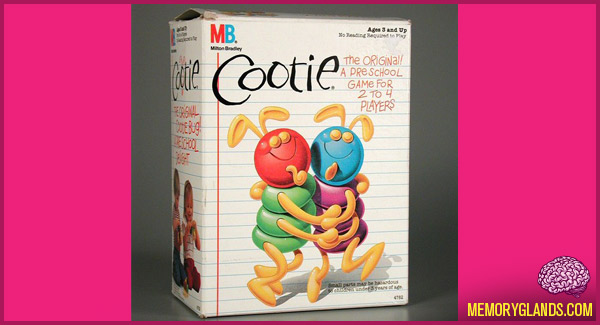 The Game of Cootie is a children’s roll-and-move tabletop game for two to four players. The object is to be the first to build a three dimensional bug-like object called a “cootie” from a variety of plastic body parts. Created by William Schaper in 1948, the game was launched in 1949 and sold millions in its first years. In 1973, Cootie was acquired by Tyco Toys, and, in 1986, by Hasbro subsidiary Milton Bradley. The game was given a new look and continued to enjoy commercial success. Several companies published cootie games in the first half of the twentieth century but only Schaper’s featured a free-standing, three dimensional cootie. In 2003, Cootie was named to the Toy Industry Association’s “Century of Toys List”.