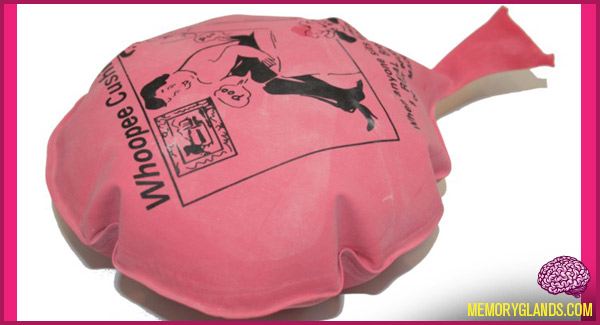 A Whoopee Cushion, also known as a poo-poo cushion and Razzberry Cushion, is a practical joke device, used in a form of flatulence humor, which produces a noise resembling a raspberry or human flatulence. It is made from two sheets of rubber that are glued together at the edges. There is a small opening with a flap at one end for air to enter and leave the cushion.

In the 1990s, a new era of technology allowed the production of self-inflating whoopee cushions (which use a springy foam to draw in more air) and remote-controlled whoopee cushions (electronic devices). In 2009, the world’s largest production whoopie cushion called The Big Ripper was created by Redemption Plus.