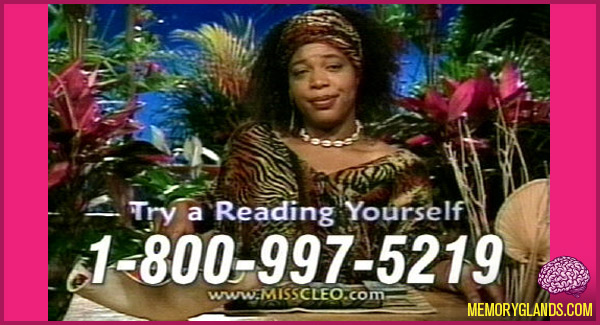 Youree Dell Harris (born August 12, 1962) better known as Miss Cleo, is an American psychic and shaman who achieved fame as a spokeswoman for a psychic pay-per-call service from 1997 – 2003. She reportedly earned $13.5 million in this capacity. Harris has allegedly used numerous aliases throughout her career, including Cleomili Harris and Youree Perris.

In 2003, the New York Daily News reported that TV music network Fuse had signed Harris as a spokeswoman. In early 2005, Harris was reportedly appearing on television as Cleo in advertisements for a used car dealership in Florida, according to the Broward-Palm Beach New Times. In an interview the October 2006 issue of The Advocate magazine, Harris said she was a lesbian.