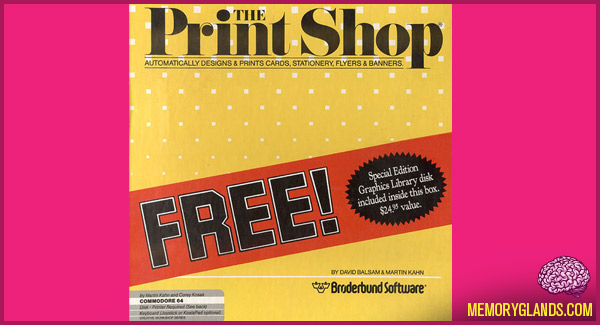 The Print Shop is a basic desktop publishing software package developed in the early 1980s by Brøderbund. It was unique in that it provided libraries of clip-art and templates through a simple interface to build signs, posters and banners with household dot-matrix printers. Over the years the software has been updated to accommodate changing file formats and printer technologies.

The original version was for the Apple II and created signs, cards, banners, and letterheads. Designed by David Balsam and programmed by Martin Kahn, it became one of the most popular Apple II titles of all time. Versions for the IBM PC, Commodore 64, and Atari 8-bit computers followed, as did a variant for the Apple IIGS. These versions were published in Europe by Ariolasoft.