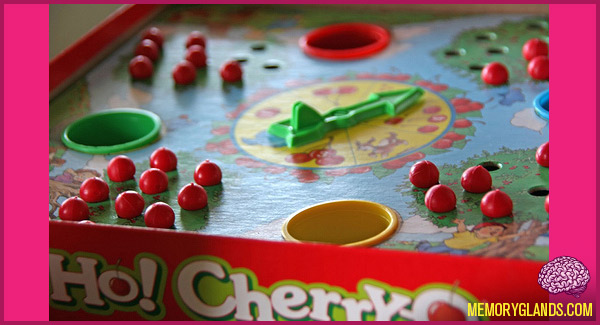 Hi Ho! Cherry-O is a children’s board game currently published by Milton Bradley in which two to four players spin a spinner in an attempt to collect cherries. The original edition, designed by Hermann Wernhard and first published in 1960 by Whitman Publishers, had players compete to collect 10 cherries. During an update in 2007, the rules were updated to include a cooperative play variant, where players cooperate to remove all fruit from the board before a bird puzzle is completed.