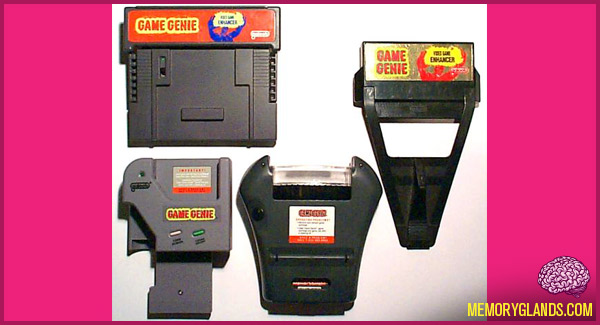 The Game Genie is a series of cheat systems designed by Codemasters and sold by Camerica and Galoob for the Nintendo Entertainment System, Super Nintendo Entertainment System, Game Boy, Mega Drive/Genesis, and Sega Game Gear that modifies game data, allowing the player to cheat, manipulate various aspects of games, and sometimes view unused content and functions. It is known as the first example of consumer-friendly “game enhancement” by means of (temporarily) directly altering the binary code of a game. Although there are currently no Game Genie products on the market, over 5 million units have been sold worldwide, and most video game console emulators feature Game Genie support. Emulators that have Game Genie support also allow a near-unlimited number of codes to be entered whereas the actual products have a much smaller limit that usually tops between 3 and 6 codes.