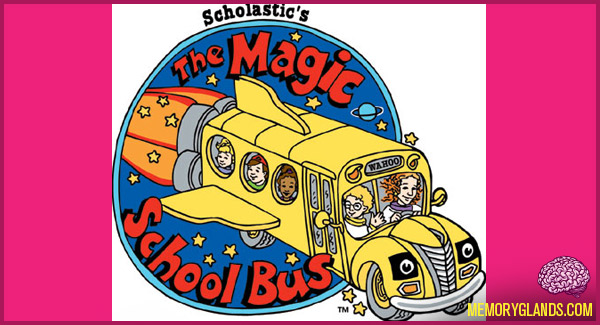 The Magic School Bus is an American Saturday morning animated television series based on the book series of the same name by Joanna Cole. It is notable for its use of celebrity talent and combining entertainment with an educational show, according to an article in Animation World Magazine by Annemarie Moody incorporating an interview with Executive Producer Deborah Forte. Broadcasting & Cable said the show was “among the highest-rated PBS shows for school-age children.” The show is also the longest running children’s science television series program to date. In 1994, The Magic School Bus concept was made into an animated series of the same name by Scholastic Studios (USA), and premiered on September 10, 1994.