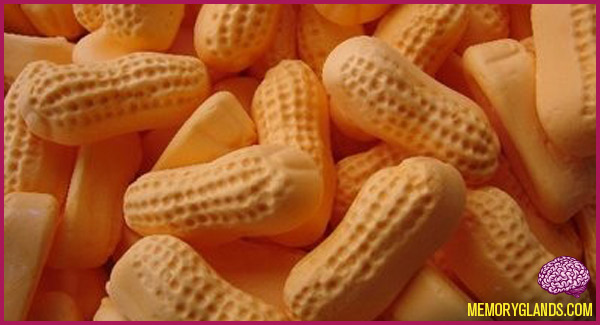 Circus Peanuts is a peanut-shaped marshmallow candy. Although the most popular variety of mass-produced Circus Peanuts today is orange-colored with an artificial banana flavor, confectioners originally distributed an orange-flavored variety that was only available seasonally due to a lack of packaging capable of preserving the candy; in the spring, five-and-dimes sold Circus Peanuts as penny candy. In the 1940s, Circus Peanuts became one of the many foods to become available year-round owing to the industrial proliferation of polyethylene packaging.

Today, mass-produced Circus Peanuts are made from sugar, corn syrup, gelatin, soy protein, food coloring and artificial flavor. Over the years, confectioners have also offered Circus Peanuts colored yellow, pink, and white, including a variety of flavors, though orange is still the most predominant color and banana the most common flavor, by far. The leading producers of Circus Peanuts are Melster Candies, Spangler Candy Company, and Brach’s, but they produce an essentially identical product. Circus Peanuts sold in generic label bags in retail stores such as convenience stores, grocery stores, and drug stores are almost always manufactured by one of the three candy companies listed above, simply sold in a generic package. Publix stores sell generic Circus Peanuts under their own label, but they are manufactured by Farley and Sathers.