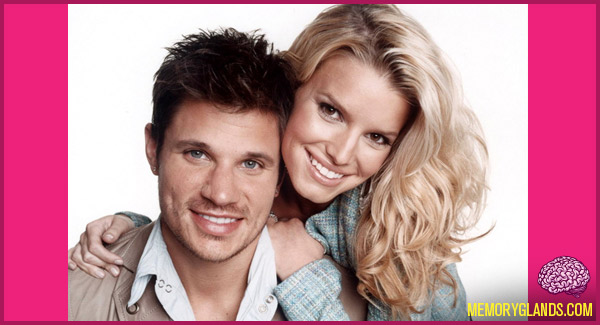 Newlyweds: Nick & Jessica is a reality television show that was produced and aired by MTV and MuchMusic. It followed the marriage of then husband and wife Nick Lachey and Jessica Simpson. The show first aired in August 2003 and ran three seasons, with 41 episodes in total. The last season started on January 26, 2005, and the last episode aired on March 30, 2005.

Part of the show’s gimmick involved displaying Simpson’s naive personality, playing on the popular stereotype of “dumb blondes.” Perhaps the most famous example comes from the first episode, in which Simpson, confronted with a can of Chicken of the Sea tuna, asked Nick “Is this chicken, what I have, or is this fish? I know it’s tuna, but it says ‘Chicken… by the Sea’.”