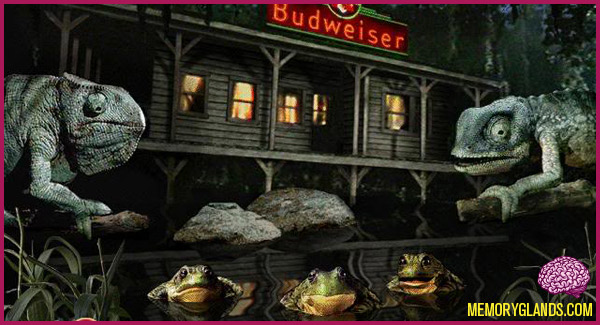 The Budweiser Frogs are three life-like puppet frogs named “Bud”, “Weis”, and “Er”, who began appearing in American television commercials for Budweiser beer during Super Bowl XXIX in 1995. They are part of one of the most well-known international alcohol advertising campaigns. The commercial was directed by Gore Verbinski, director of the Pirates of the Caribbean trilogy.