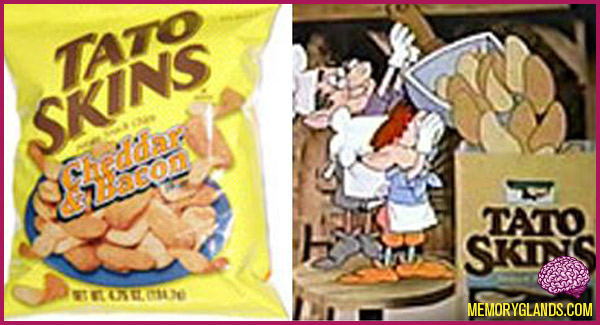 Tato Skins have been manufactured from their inception (around 1987) by Wabash Foods in Bluffton, Indiana. They were once marketed by Keebler but changed hands to Poore Brothers, which also markets them as T.G.I. Friday’s Potato Skins Snack Chips.