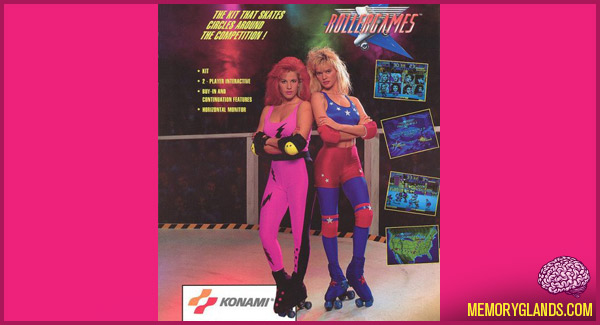 RollerGames was a U.S. television series that presented a theatrical version of the sport of roller derby for a national audience, and featured a number of skaters who had been in the Roller Games league (1961–1975), as well as younger participants. It was broadcast for one season (1989–1990).

Konami released two different video game versions of RollerGames in 1990 for different platforms: a coin-operated version and a console version for the Nintendo Entertainment System. The arcade version adapts the format of the original TV series, while the NES version is a side-scrolling action game.