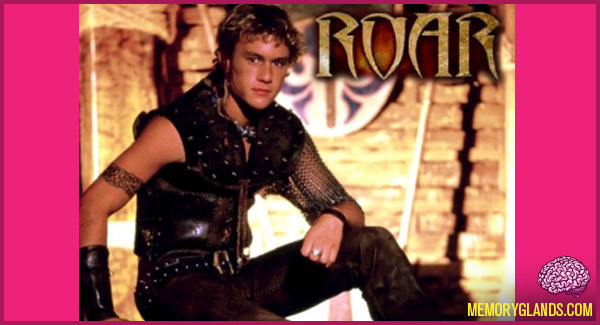 Roar is an American television show that originally aired on the Fox network in July of 1997. In the year AD 400, a young Irish man, Conor (Heath Ledger), sets out to rid his land of the invading Romans, but in order to accomplish this, he must unite the Celtic clans.

The show was created by Shaun Cassidy on the heels of the success of the syndicated programs Hercules: The Legendary Journeys and Xena: Warrior Princess. However, Roar was not very well received in the US and lasted for only one season (8 of the 13 episodes were aired in 1997, with the last 5 not broadcast until 2000).