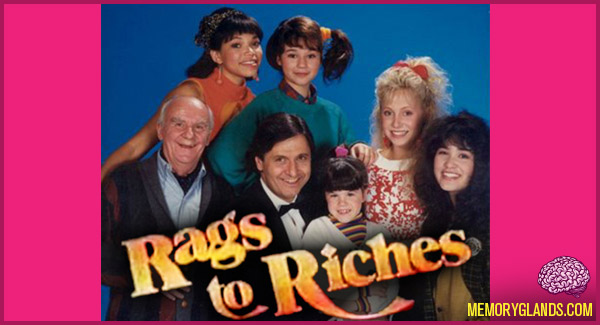 Rags to Riches is an American musical comedy drama series that was broadcast on NBC for two seasons from 1987 to 1988. Set in the 1960s, the series tells the story of Nick Foley, a self-made millionaire who adopts five orphan girls. Each episode included music videos of hit songs from the era sung by the cast integrated into the plot (usually with the lyrics changed so that they provided comment on the storyline).