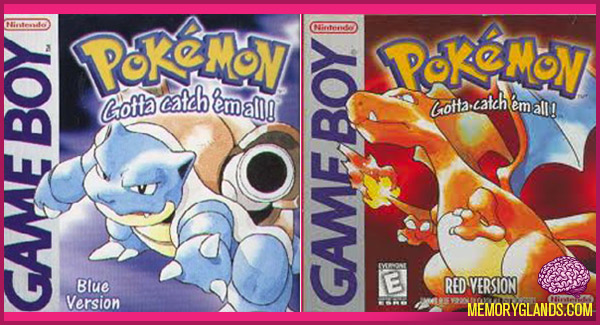 Pokemon Red Version and Blue Version, are role-playing games developed by Game Freak and published by Nintendo for the Game Boy. They are the first installments to the Pokémon series. They were first released in Japan in 1996 as Red and Green, with Blue being released later in the year as a special edition. They were later released as Red and Blue in North America, Europe and Australia over the following three years. Pokémon Yellow, a special edition version, was released roughly a year later. Red and Blue have subsequently been remade for the Game Boy Advance as Pokémon FireRed and LeafGreen, released in 2004.

Red and Blue received strong reviews; critics praised the multiplayer options, especially the concept of trading. They received an aggregated score of 89% on Game Rankings and are perennially ranked on top-game lists including at least four years on IGN’s Top 100 Games of All Time. The games’ releases marked the beginning of what would become a multi-billion dollar franchise, jointly selling millions of copies worldwide, and in 2009 they appeared in the Guinness Book of World Records under “Best selling RPG on the Game Boy” and “Best selling RPG of all time.”