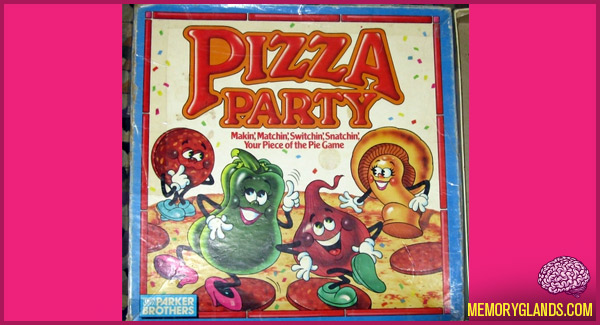 Introduced in 1987, Pizza Party iss a quick and simple variation of Memory for children which becomes much more adult and exciting when money is wagered on the outcome. Each player gets a color coded pizza pie slice with six slots used to hold ingredient discs. There are six disc of four different toppings place face down on the table along with two “switch” discs for each color. Players flip over a disc on their turn and add it to their slice if it matches the topping they already have. If a “switch” disc is revealed, the player trades his slice with the player of the corresponding color or with any player if his own color is revealed.