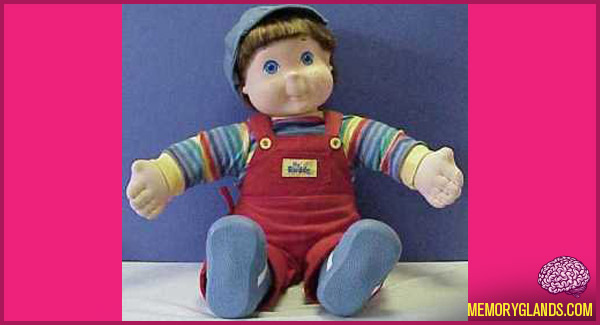 The My Buddy doll line was made by Hasbro in 1985 with the intention of making a doll to appeal to little boys and teach them about caring for their friends. Hasbro also introduced a companion “Kid Sister” also for boys to teach them about taking care of their little sisters. Hasbro discontinued the line before the start of the 1990s and Playskool took over production, making changes to the likeness and clothing.