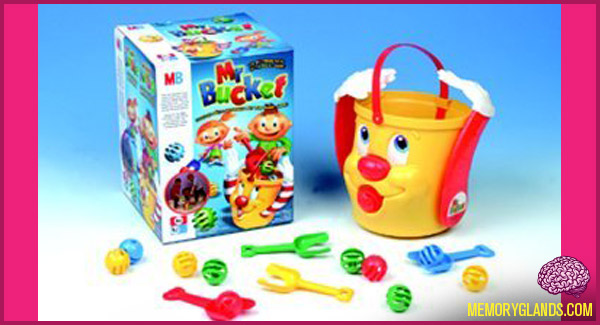 Mr. Bucket is a children’s game published by Milton Bradley and released circa 1992 which was discontinued but re-released in 2008. The game featured a plastic, motorized bucket (Mr. Bucket) which spat out differently colored balls. Then the player used a plastic shovel to scoop up the balls and place them back inside Mr. Bucket.