Jayce And The Wheeled Warriors 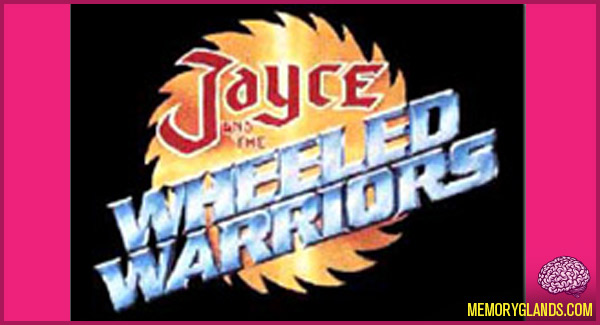 Jayce and the Wheeled Warriors is a French/North American animated TV show which first aired on September 16, 1985. It was produced by DIC Entertainment (originally distributed for syndication by SFM Entertainment), and animated by Japanese animation studios Sunrise, Shaft, Studio Giants, Studio Look and Swan Production. The show, which spawned 65 thirty-minute episodes, was created to support Mattel’s Wheeled Warriors toy line. The show features an ongoing plot; however, like many shows made at the time, it does not have a series finale, and thus the plot was left unresolved.

The show featured two duelling forces. The “good guys” are humans, called the Lightning League. They drive white and silver vehicles with assorted weaponry, and are led by Jayce. The “bad guys” are organic green vegetable-based creatures called the Monster Minds, who tend to take the shape of black and green vehicles. They travel via large green organic vines which can grow in and across interstellar space, and sprout seeds that rapidly grow into further Monster Minds. They are led by Saw Boss.