I Learned It By Watching You! 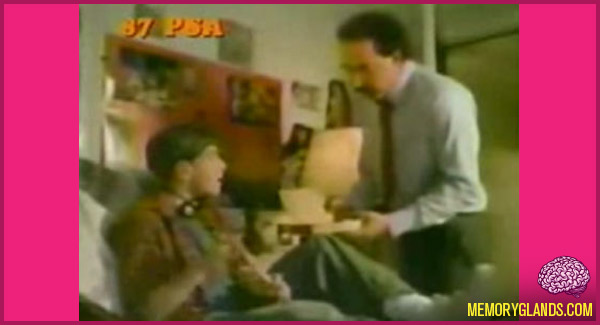 I learned it by watching you! was a large-scale United States anti-narcotics campaign by Partnership for a Drug-Free America. Launched in 1987, the campaign used a televised public service announcement.

The PSA features a father confronting his son in his bedroom after finding a box containing an unspecified controlled substance and drug paraphernalia. After his father angrily asks him how he learned to use drugs, the son shouts, “From you, all right?! I learned it by watching you!” The narrator then intones, “Parents who use drugs have children who use drugs.”

The PSA was parodied in the “My Déjà Vu, My Déjà Vu” episode of Scrubs, in which J.D. talks about his coffee addiction and imagines discovering a coffee maker under the bed of his future son.