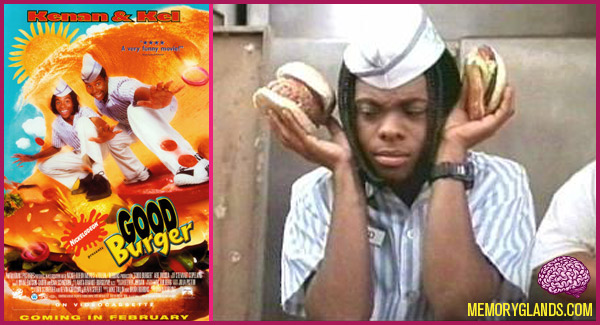 Good Burger is a 1997 American comedy film by Tollin/Robbins Productions and Nickelodeon Movies, released by Paramount Pictures, directed by Brian Robbins, and starring Kenan Thompson and Kel Mitchell. It was based on the comedy sketch “Good Burger” featured on the Nickelodeon variety show All That.