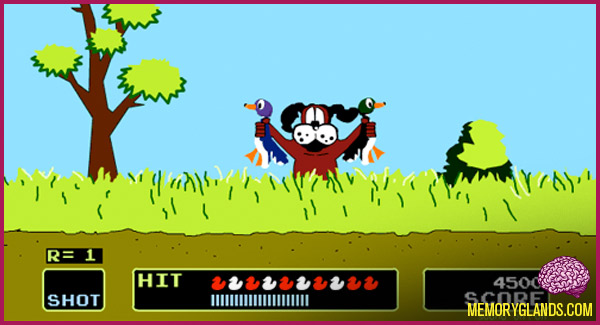 Duck Hunt is a video game for the Nintendo Famicom/Nintendo Entertainment System (NES) game console system in which players use the NES Zapper to shoot ducks (or Mallard drakes to be exact) on screen for points. The game was developed and published by Nintendo, and was released in 1984 in Japan. The ducks appear one or two at a time, and the player is given three shots to shoot them down.

Duck Hunt was one of the two original pack-in titles for the first release of the game system. The game was not initially reviewed often, but given mediocre critical praise and positive gamer reaction. Prior to the NES version, Nintendo also made a Duck Hunt game based on Laser Clay Shooting System released in 1976.