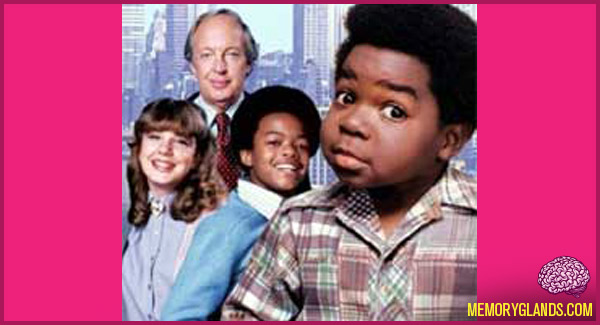 Diff’rent Strokes is an American television sitcom that aired on the NBC television network from November 3, 1978 to May 4, 1985, and on ABC from September 27, 1985 to March 7, 1986. The series stars Gary Coleman and Todd Bridges as Arnold and Willis Jackson, two African American boys from Harlem who are taken in by rich Park Avenue businessman Phillip Drummond (Conrad Bain) and his daughter Kimberly (Dana Plato), for whom their deceased mother previously worked. During the first season and first half of the second season, Charlotte Rae also starred as the Drummonds’ housekeeper, Mrs. Garrett (who ultimately spun-off into her own successful show, The Facts of Life).

The series made stars out of child actors Coleman, Bridges, and Plato, and became known for the “very special episodes” in which serious issues such as racism, drug use and child molestation were dramatically explored. The lives of stars Coleman, Bridges and Plato, however, were later plagued by legal troubles and drug addiction, as the stardom and success they achieved while on the show eluded them after the series was cancelled.