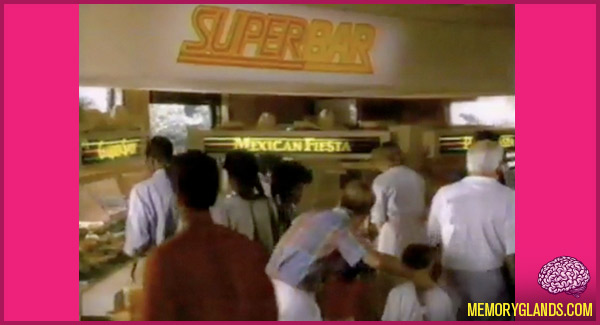 Beginning in the 80’s, Wendy’s SuperBar was a 3-part buffet consisting of an Italian bar with pasta with marinara and alfredo and garlic bread, a Mexican bar with nachos, tacos, tortillas, and a salad bar with all of the fixins. END_OF_DOCUMENT_TOKEN_TO_BE_REPLACED 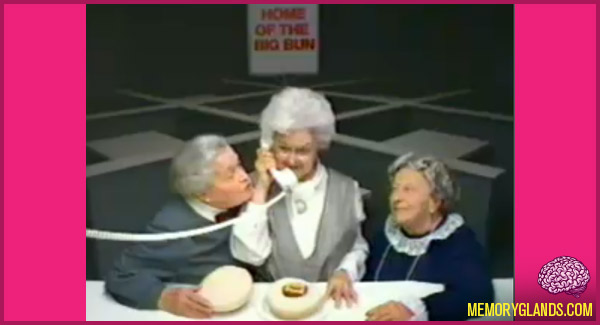 The phrase first came to public attention as a U.S. television commercial for the Wendy’s chain of hamburger restaurants in 1984. In the ad, titled “Fluffy Bun”, actress Clara Peller receives a burger with a massive bun from a fictional competitor which uses the slogan “Home of the Big Bun”. The small patty prompts Peller to angrily exclaim, “Where’s the beef?” An earlier version, featuring a middle-aged bald man saying, “Thanks, but where’s the beef?”, failed to make much impact. After the Peller version, the catchphrase was repeated in television shows, films, magazines, and other media outlets. END_OF_DOCUMENT_TOKEN_TO_BE_REPLACED