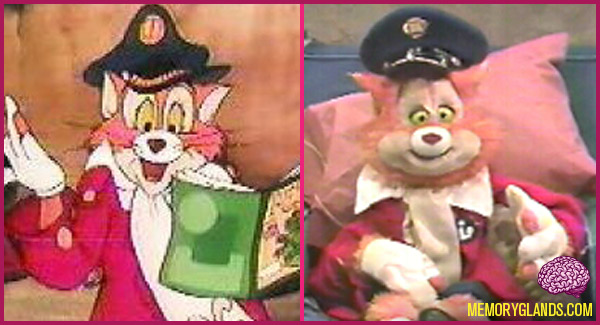 Cap’n O. G. Readmore (created by Puppet Studio) was the fictional-character host of the ABC Weekend Specials on U.S. television during the 1980s. He was an anthropomorphic cat puppet, dressed in a nautical outfit, that encouraged children to read for pleasure. He hosted the show from 1984 through 1989, performing with guest stars including Vincent Price, Harry Blackstone Jr., Pat Morita, Joan Lunden and others. Also, he appeared in animated form in a few Weekend Specials, including Cap’n O. G. Readmore Meets Chicken Little and Cap’n O. G. Readmore Meets Dr. Jekyll and Mr. Hyde; in these features, he was the president of an all-feline book club, the Friday Night Book Club, who often found himself physically pulled into the story he’s reading.

The voice of the character was provided by the American voice actor Frank Welker in the original Public Service Announcements and while hosting the ABC Weekend Special. However, in several of the animated specials, such as Cap’n O. G. Readmore Meets Dr. Jekyll and Mr. Hyde, his voice was provided by Neil Ross. Many of the regular characters had fanciful names, such as Lickety Page and Kitty Literature.

The feline character Cap’n Readmore was drawn on as a source of inspiration when choosing a middle name for Dewey Readmore Books.