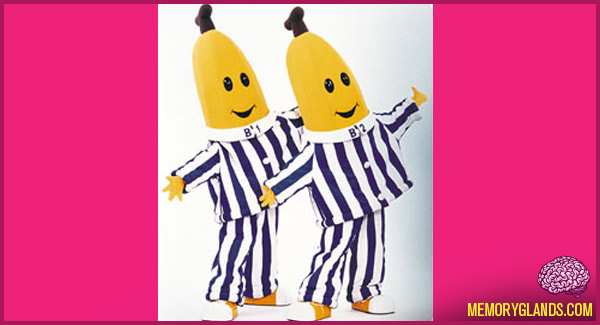 Bananas in Pyjamas is an Australian children’s television show that premiered in July 1992 on ABC Television. It has since become syndicated in many different countries, and dubbed into the native languages. In the United States, the “Pyjamas” in the title was modified to reflect the American spelling pajamas. The pilot episode was Pink Mug. The concept was inspired by the success of the song Bananas in Pyjamas, written by Carey Blyton in 1967, on Play School. This song, which had become a regular item on Play School, became the theme of the new series.