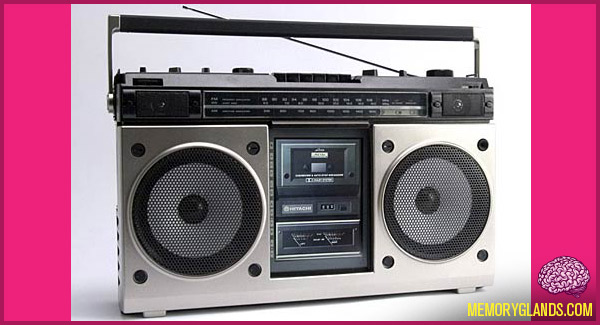 Boomboxes were introduced commercially by various companies in the late 1970s, when stereo capabilities were added to existing designs of the radio-cassette recorder, which had appeared earlier that decade. More powerful and sophisticated models were subsequently introduced. They are often associated with 1980s phenomena such as breakdancing and hip hop culture, having been introduced into the mainstream consciousness through music videos, movies, television and documentaries. It was during this time that the major manufacturers competed as to who could produce the biggest, loudest, clearest-sounding, bassiest, flashiest and/or most novel boomboxes. As the decade progressed, manufacturers tended to compete more on price (often at the expense of quality), and smaller designs (often designed for simple background listening) became more popular. This era was prior to the introduction and cultural entrenchment of the Walkman style, personal stereos with headphones which would later displace boom boxes in popularity.