Harry And The Hendersons 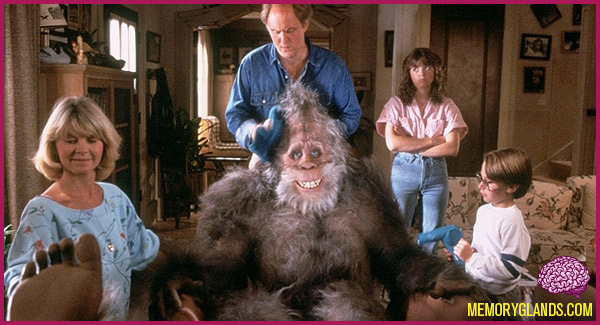 Harry & The Hendersons is a 1987 American comedy film directed and produced by William Dear, and starring John Lithgow, Melinda Dillon, Lainie Kazan and Don Ameche. It is the story of a family’s encounter with the cryptozoological creature Bigfoot. The film won an Academy Award for Makeup, and inspired a follow-up TV series, also called Harry and the Hendersons.