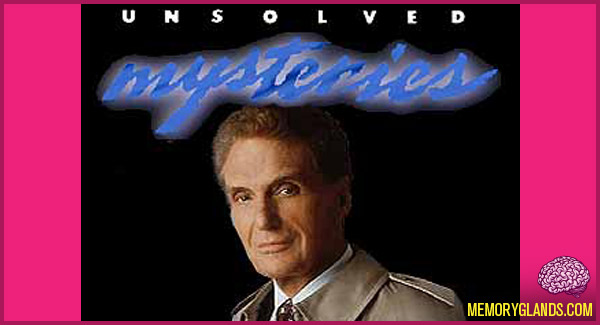 Unsolved Mysteries is an American television program, hosted by Robert Stack, from 1987 until 2002, and later by Dennis Farina, starting in 2008.