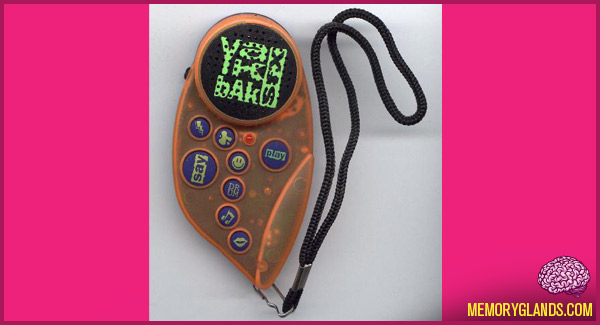 Yak Bak is the general name given to a series of handheld electronic voice-recording line of toys developed by Ralph Osterhout at Team Machina for Yes! Gear (a.k.a. Yes! Entertainment) in the mid-to-late 1990s. Several versions of the toy were developed which include the Yak Bak, Yak Bak 2, Yak Bak WarpR, Yak Wakky, Yak Bak SFX, and the Yak Bakwards. Some of these models also came in pen form as part of the “Power Penz” series. Geared toward six-year olds, the Yak Bak was intended to be a compact, more affordable competitor to the Talkboy introduced by Tiger Electronics in 1993.