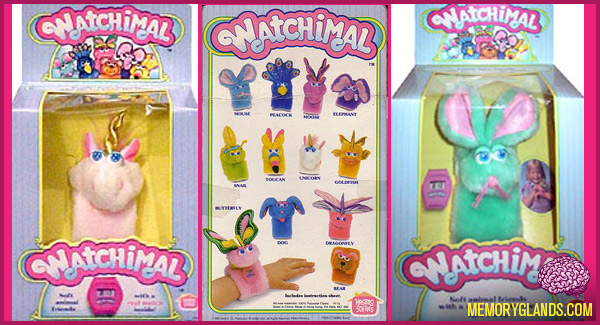 Watchimals were a wearable toy, marketed mainly for girls, with a LCD watch inside. They were made by Hasbro in their heyday of the mid 1980s. Watchimals took the form of furry wristbands with different animal heads. When the animal head was flipped open, the digital watch appeared. The advertisement slogan was: “Just open his mouth and he’ll show you the time! They’re all soft animal friends with a real watch inside!”