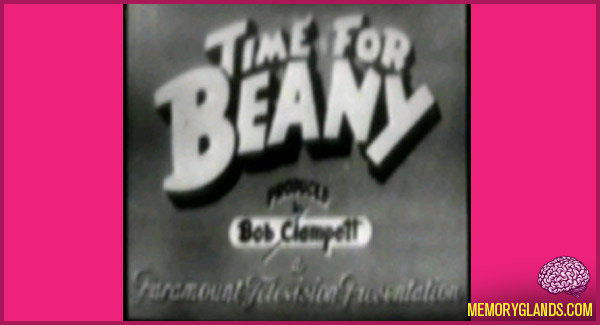 Time for Beany was an American television series, with puppets for characters, which aired locally in Los Angeles starting in 1949 and nationally (via kinescope) on the improvised Paramount Television Network from 1950 to 1955. It was created by animator Bob Clampett, who later reused its core characters in the animated Beany and Cecil series.