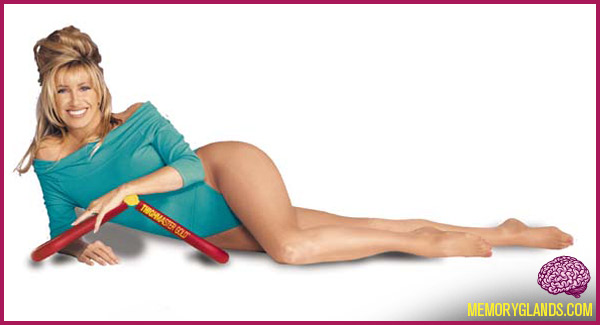 The Thighmaster is an exercise product designed to shape one’s thighs. The device is basically two pieces of metal tube bent in a loop and connected with a hinge. The intended use is to put the Thighmaster between the knees and squeeze them together. This exercises the hip adductors. The simple mechanism allows exercising any suitable muscle where a small angle can be created to press it, for example the biceps (elbow flexion) or the hamstrings (knee flexion).

As with most fitness products marketed to homes, advertisements often emphasized that the Thighmaster could be used while doing something else. The infomercials featured people watching television and exercising with the Thighmaster at the same time. It was mainly advertised in the 1990s by the actress Suzanne Somers.