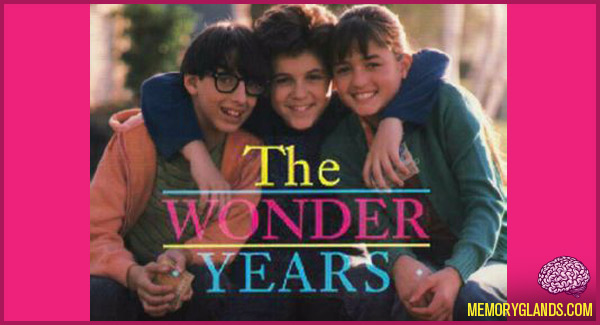 Wonder Years is an American television comedy-drama created by Carol Black and Neal Marlens. It ran for six seasons on ABC from 1988 through 1993. The pilot aired on January 31, 1988 after ABC’s coverage of Super Bowl XXII.

The show achieved a spot in the Nielsen Top Thirty for four of its six seasons. TV Guide named the show one of the 20 best of the 1980s. After only six episodes aired, The Wonder Years won an Emmy for best comedy series in 1988. In addition, at age 13, Fred Savage became the youngest actor ever nominated as Outstanding Lead Actor for a Comedy Series. The show was also awarded a Peabody Award in 1989, for achieving two seemingly contradictory effects: evoking a traditional family sitcom while pushing boundaries and using new modes of storytelling. In total, the series won 22 awards, and received another 54 nominations for various awards.