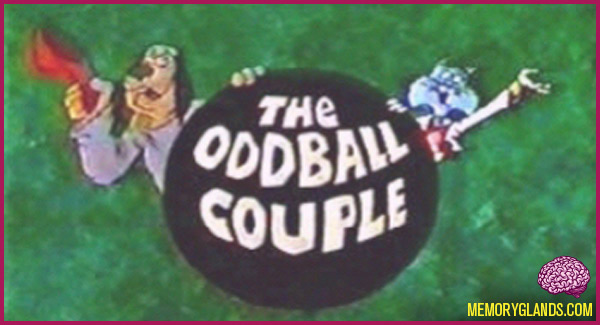 The Oddball Couple was an animated half hour Saturday morning show that ran on the ABC TV network from September 6, 1975 to September 3, 1977. The show was a production of DePatie-Freleng Enterprises in association with Paramount Television and was an animated homage to the Neil Simon play-turned movie-turned hit TV series The Odd Couple, which was ironic because this series premiered the same year that the show to which it paid homage was canceled by ABC. The show initially aired at 11:30am ET the first season and was switched to 12 Noon ET the following season.