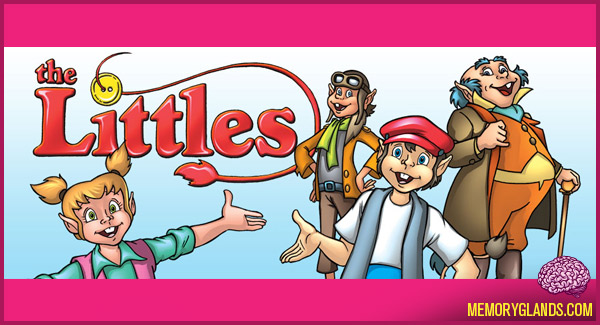 The Littles was an animated television series based on The Littles characters in a series of children’s novels by American author John Peterson, the first of which was published in 1967. This cartoon was produced by a French/American/Canadian animation studio, DiC Entertainment, and as standard practice for TV cartoons of the period, the animation production was outsourced overseas to the Japanese studio TMS Entertainment. It was post-produced by a Canadian Animation studio, Animation City Editorial Services.