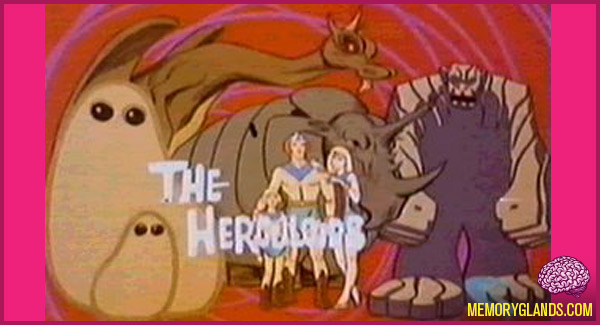 Eleven new episodes were produced in 1981 as part of the Space Stars show. The plotlines are rooted in science fiction, and have story direction and content similar to Jonny Quest and Space Ghost. This series is set on the distant planet Amzot (renamed Quasar in the Space Stars episodes). The name “Amzot” was first mentioned in the Space Ghost episode “The Molten Monsters of Moltar” (in which the Herculoids made a brief guest appearance) and in the series proper in the “Time Creatures” episode.