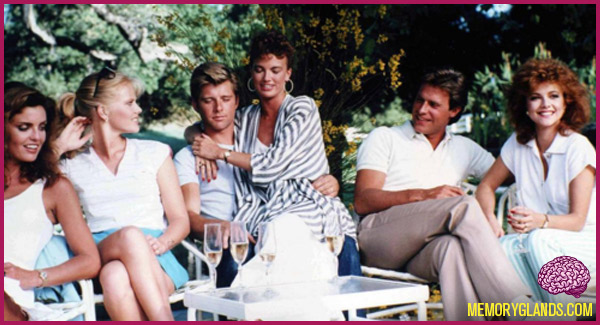 The Colbys is an American prime time soap opera, which originally aired on ABC from November 20, 1985 to March 26, 1987. Produced by Aaron Spelling, it was a spin-off of Dynasty, which had been the highest rated series for the 1984–1985 U.S. television season. The Colbys revolved around another wealthy, upper-class family, who were distant relatives of the Carringtons of Dynasty and who owned a large multi-national corporation. Intended to surpass its predecessor in opulence, the series’ producers were handed an immensely high budget for the era and cast a handful of well-known movie stars among its leads, including Charlton Heston, Barbara Stanwyck, Katharine Ross and Ricardo Montalban. However, The Colbys was ultimately a ratings disappointment, and was canceled after two seasons.