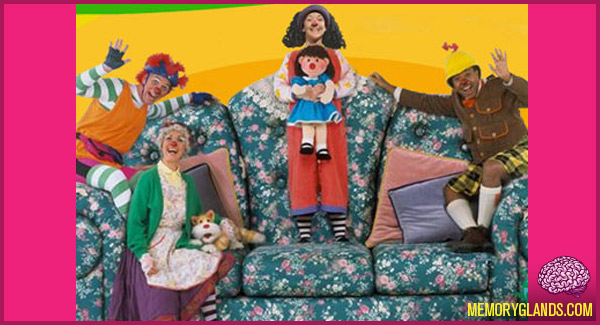 The Big Comfy Couch is a Canadian children’s television series about Loonette the Clown and her doll Molly, who solve everyday problems on their ‘Big Comfy Couch’. It aired from 1992 until early 2006. Re-runs of the show are still being aired onTreehouse TV. It was produced by Cheryl Wagner and Robert Mills, directed by Wayne Moss and Mills. It premiered on March 2, 1993 in Canada and in 1995 in the USA on public television stations across the country.

The show’s format revolves around Loonette the Clown, who lives with her doll Molly on the eponymous Big Comfy Couch. Episodes are generally focused on a theme or a lesson. For example, Season 3’s episode “Full of Life” explored the concepts of “full” and “empty”, while “Sticks and Stones” dealt with name-calling and teasing.