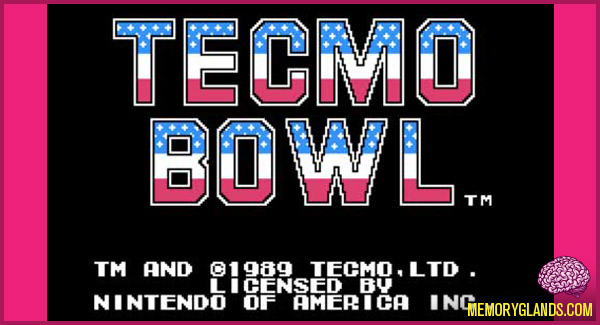 Tecmo Bowl is an arcade game developed and released in 1987 by Tecmo. While moderately successful in the arcades, the game became and remained widely popular and remembered when it was ported to theNintendo Entertainment System in 1989. The NES version was considered by many to be the first NES American football game to feature real NFL teams and players. Although LJN’s NFL Football was the first, it didn’t turn out as successful asTecmo Bowl did. Due to this factor, along with the scarcity of the arcade version, the NES version eclipsed its arcade counterpart in popularity. The NES version was ported to mobile phones in 2004 and the North American Wii Virtual Consoleon March 12, 2007. The arcade version for the Virtual Console came out in North America on August 3, 2009 and Japan on September 29, 2009.