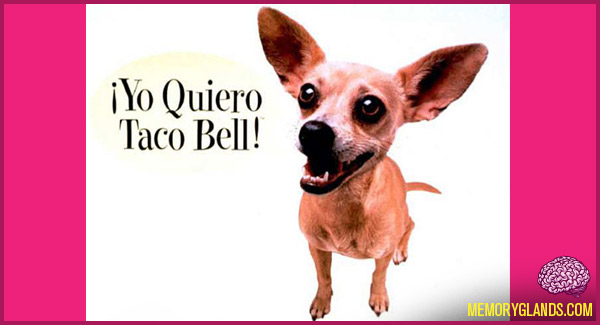 Gidget “The Taco Bell Chihuahua” (February 7, 1994 – July 21, 2009) was a popular advertising figure and mascot, voiced by Carlos Alazraqui, and developed by TBWA and used by Taco Bell, a division of Louisville, Kentucky (USA)-based Yum! Brands. The Chihuahua is a breed commonly associated with Mexico, as are the tacos the restaurant serves. At least two dogs were used as models. The original dog cast for the lead role was named Dinky, but was replaced shortly thereafter by a dog named Gidget. Taco was another Chihuahua and was a stand-in for Gidget.