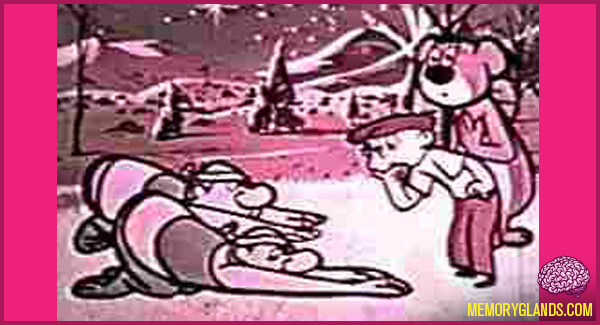 Spunky and Tadpole was an animated television series produced by Beverly Hills Productions and syndicated beginning on September 6, 1958. The show’s characters were a boy and a bear who hunted down bad guys in a string of made for TV installments, usually running ten installments shown in two weeks or two for one week. The show remained in production until 1961.