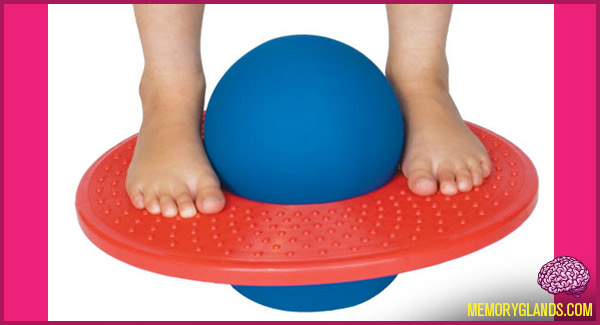 A Lolo Ball, also known as a Pogo Ball, Springbal, Lolobal, Disc-O or Pogobal, is a toy. It consists of a seamless figure-8 rubber ball locked into a structurally supported, sturdy plastic platform. To play with it, one stands on the plastic platform, balancing one’s weight on the bottom portion of the rubber ball, and jumps or hops around in the same manner as one would use a pogo stick.

Invented by a small company in 1985, the lolo ball became a fad in the mid-1980s when Hasbro mass-produced it. Hasbro produced the toy until the early 1990s, and the lolo ball can still be purchased (made by other manufacturers) today.