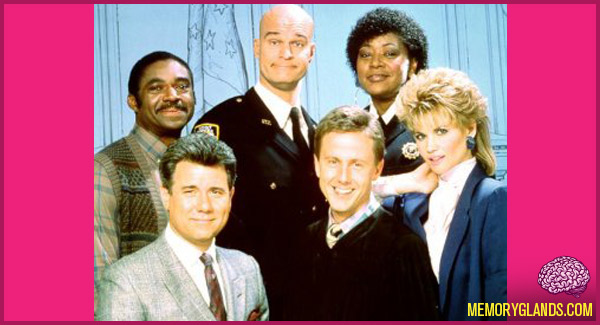 Night Court is an American television situation comedy that aired on NBC from January 1984 until May 1992. The setting was the night shift of a Manhattan court, presided over by the young, unorthodox Judge Harold T. “Harry” Stone (played by Harry Anderson). It was created by comedy writer Reinhold Weege, who had previously worked on Barney Miller in the 1970s and early 1980s.