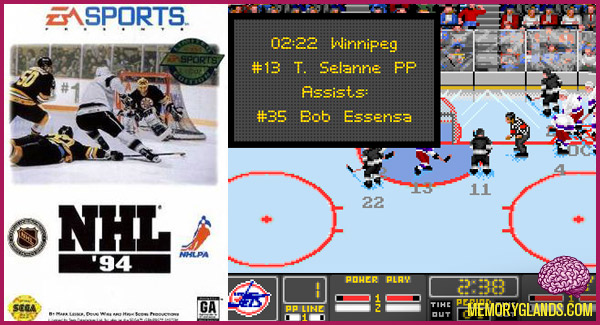 NHL ’94 is an ice hockey game by EA Sports for the Sega Mega Drive/Genesis, Super Nintendo and Sega CD, as well as the first release of the “NHL Hockey” series for PC/DOS, simply titled “NHL Hockey”, without the “94” in the title. The game is officially licensed from the National Hockey League and NHL Players Association. Being the third game in the NHL Hockeyseries media franchise, it was released on March 15, 1993. NHL ’94 is included as #47 on IGN’s Top 100 Games of All-Time and is named All-Time Greatest Sports Video Game by Boston.com and various gaming forums.