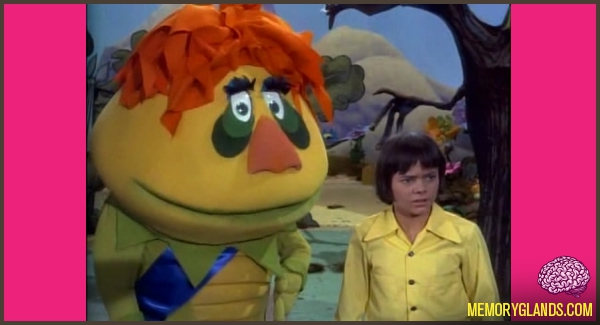 A young boy named Jimmy has in his possession a magic flute named Freddie that can talk and play tunes on its own. One day he gets on a magic talking boat that promises to take him on an adventure. The boat happens to belong to a wicked witch named Witchiepoo, who uses the boat to kidnap Jimmy and take him to her home base on Living Island, where she hopes to steal Freddie for her own selfish needs. Fortunately Jimmy is rescued by the island’s mayor, a six foot dragon named H.R. Pufnstuf. After Jimmy is rescued by Pufnstuf and his two deputies, Kling and Klang, his adventures begin as well as his attempts to get back home.