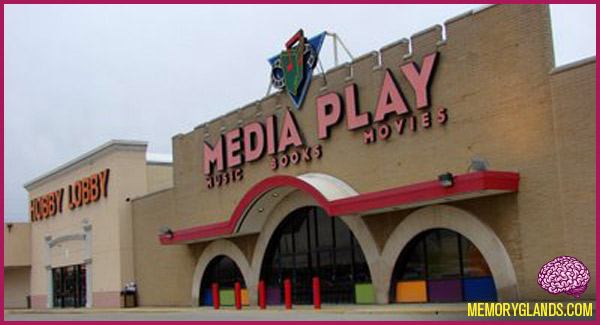 Media Play was a chain of retail stores founded in 1992 by Musicland that sold movies on video, DVDs, music, electronics, video games, books, and games in the United States. Each store essentially contained a book store, a movie store, a music store, and a video game store under one roof. At their height, they operated 72 stores in 19 states with 2,000 employees. The first store opened in Rockford, Illinois, in 1992. Hundreds of stores were slated to be opened, but only 89 ever were.

Their Replay program was a loyalty program that allowed members to earn points for purchases which can earn members gift certificates. The same Replay card also worked at Sam Goody and Suncoast Motion Picture Company stores.

In 2001, Musicland was purchased by Best Buy Co. Inc. for $696 million as part of its initiative to diversify its retail holdings to reach a larger demographic with its consumer electronics and entertainment products. By then, Musicland numbered over 1300 stores. Their intention was to transform Sam Goody into a destination for young people looking for hip electronics. They launched a major remerchandising campaign and converted Musicland’s On Cue concept of rural stores to the Sam Goody brand, reducing its position in books and moving more into video games and DVD.