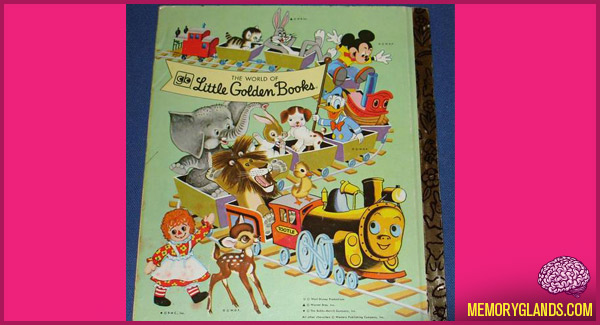 The Little Golden Books, which initially sold for 25¢ (rising to 29¢ in 1962), were published by Simon and Schuster in cooperation with the Artist and Writers Guild, Inc. headed by Georges Duplaix. Duplaix had initially thought up the idea for the Little Golden Book series, assisted by Lucille Ogle, and fleshed it out in conversations with officials at Simon and Schuster. Dr. Mary Reed, a professor at the Teachers College of Columbia University, served as initial editor of the series.

A big boost to the series came with the involvement of Lucy Sprague Mitchel, an educator and founder of Bank Street Nursery School in West Village, Manhattan that later became the Bank Street College of Education who was a strong proponent of realistic children books. In such effort she created Bank Street Writer’s Laboratory whose works became basis for the Little Golden Book series, with characters and situations that were often inspired by the very neighborhood where the Bank School was located. As Leonard S. Marcus writes, “Mitchell had been in discussions with Georges Duplaix and Lucille Ogle as early as 1943 about the possibility of a special series of Little Golden Books written by members of Bank Street Writer’s Laboratory. Wartime shortages had delayed the launch of the series until 1946. The first two titles appeared that year: Lucy Sprague Mitchell’s The “New Huuse in the Forest”, illustrated by Eloise Wilkins and “The Taxy That Hurried” coauthored Irma Simonton Black, and Jessie Stanton, with illustrations by Tibor Gergely.”