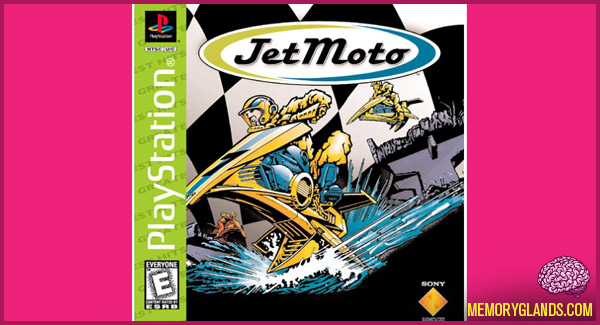 Jet Moto is a series of futuristic racing games for the PlayStation video game console. Jet Moto (1996) and Jet Moto 2 (1997) were developed by SingleTrac, known for Twisted Metal and Twisted Metal 2. SingleTrac then left Sony, the publisher of the series, and Jet Moto 3 (1999) was developed by Pacific Coast Power & Light in their absence. They would also go on to develop Jet Moto 2124, which was cancelled two years into development. A fifth title known as Jet Moto: SOLAR was being developed by RedZone Interactive for the PlayStation 2 however no screenshots or video of gameplay were ever released, and the game was cancelled in 2003.